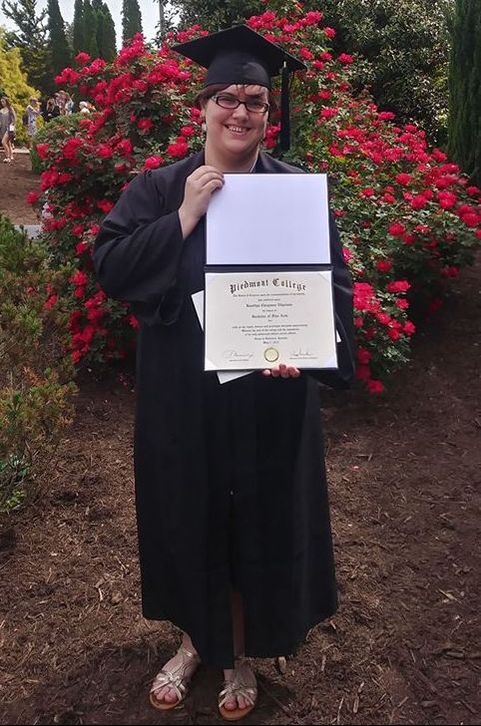 Kaaitlyn "Kat" Edgeman graduated from Piedmont College in 2018 and has a BFA in studio art with a concentration in painting. Her focus was on the human body within various settings and surroundings.
​
She created a series of paintings titled "We, Women of The World" that focuses on the female figure portraying a variety of emotions that showed in April of 2018 at the Mason-Schwarfenstein Museum of Art, located at Piedmont College in Demorest, Georgia.

Kat hopes to continue with her Feminist artworks, both by continuing with her "We, Women of The World" series and creating new series that focus on other aspects of Feminism. Along with these pieces, Kat also works on fantastical works and portraiture, both by commission and for personal interests in the human body. Her love for fantasy and magic influences a lot of her personal works, and tends to incorporate an ethereal luminescence to her paintings.

Her biggest inspirations come from modern day artists Lena Danya, Tanya Shatseva and Alyssa Monks, as well as historical masters such as Rembrandt and Leonardo da Vinci. When it comes to her Feminism works, she gains inspiration from Judy Chicago, Mary Kelly, and the artist group The Guerilla Girls.